Meaning “elegant music”, Hue Royal Court Music is a symbol of kingship and the longevity and prosperity of the dynasty. Hue Royal Court Music with elegant lyrics, noble and noble rhythm was performed in the feudal court on royal occasions such as Te Giao, Temple of Worship, Dai Dynasty Ceremony, Thuong Dynasty… Therefore, Hue royal court music was highly valued by Vietnamese feudal dynasties and preserved by the Vietnamese people to this day.

“Court music” is understood in the usual sense to mean musical genres, including those accompanied by dance and theater, used in sacrificial and court ceremonies, national holidays of the The court organizes and entertains activities of the king and the royal family.

Under the Nguyen Dynasty, Nha Nhac was used in dynastic sacrifices twice a month, usually 4 times a month: Nam Giao, Tich Dien, birthdays of the king and queen. In addition, Hue Royal Court Music is also used for ceremonies such as coronation, funerals of kings and queens, and receptions of emissaries.

By the favor of the kings, Nha Nhac became an essential part of the ritual process and each year it is performed for the entire duration of nearly 100 different ceremonies. Rich in spiritual content, Nha Nhac has been seen as a means of communicating and paying homage to gods and emperors.

What is special about Hue royal court music?

The characteristic of Hue Royal Music is the integration and acculturation of Chinese and Cham cultures and influences of Buddha and Confucianism. Royal dance has a close relationship with the art of tuong (singing boi). Hue court music synthesizes the richness and diversity in many aspects: in terms of art forms, genres, musical instruments and timbres, methodical, orchestral organization structure and other forms of harmony. performance, environment, music…

The court orchestras of the Nguyen Dynasty also included many types with different staff to serve the rituals and entertainment needs of the palace: Nha Nhac, Huyen Nhac, Ti Tru Te Nhac, Tieu Nhac, Dai Nhac, Ancient Promotion. Music, Musical Thieu, Bat Am, Ty Chung, Ty Khanh, Ancient Ty… Thanks to that, when coming to Hue royal music, the audience will have many “dishes” to change “taste” not only for hearing but also for the market. sense.

Compared with other art forms, Hue Royal Court Music boasts high artistic value, which is a long-standing art performance form that has been used in official court music for centuries. . Experiencing a long history, Hue Royal Court Music has become an essential part of Hue Ancient Capital as well as Vietnamese culture in general.

And until 7/11/2003, UNESCO Director General Kiochiro Matsuura officially announced Hue Nha Nhac Nhac was named as one of 28 masterpieces of the oral and intangible cultural heritage of mankind in the ceremony. held in Paris, France. This is also the first intangible heritage of Vietnam recognized in this list.

This is a familiar address chosen by many tourists to enjoy Hue royal court music. Visitors can sit on a dragon boat, stroll around the poetic Huong River and enjoy Nha Nhac and other genres of music performed by singers. 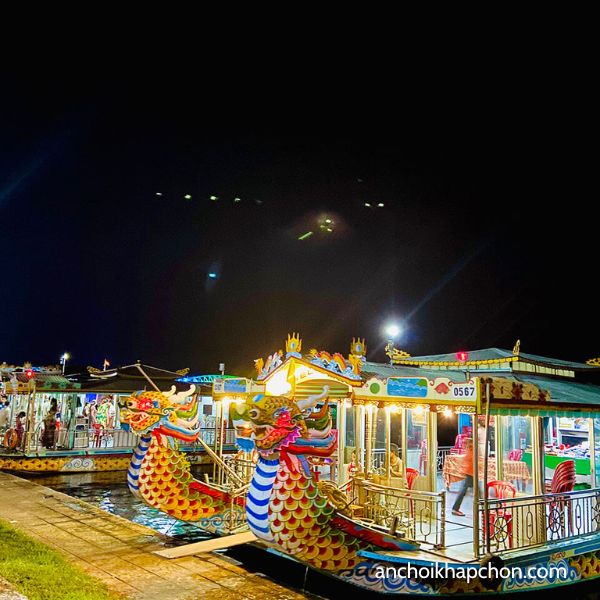 Duyet Thi Duong is the first theater to open its doors to perform Nha Nhac, built under the Nguyen Dynasty, nearly 200 years ago. This is also one of the oldest performance spaces in Vietnam and a place to perform many types of art such as tuong, dance, and music for the royal palace. Coming to Duyet Thi Duong, visitors will be really impressed with the majestic, solemn space and sacred atmosphere. 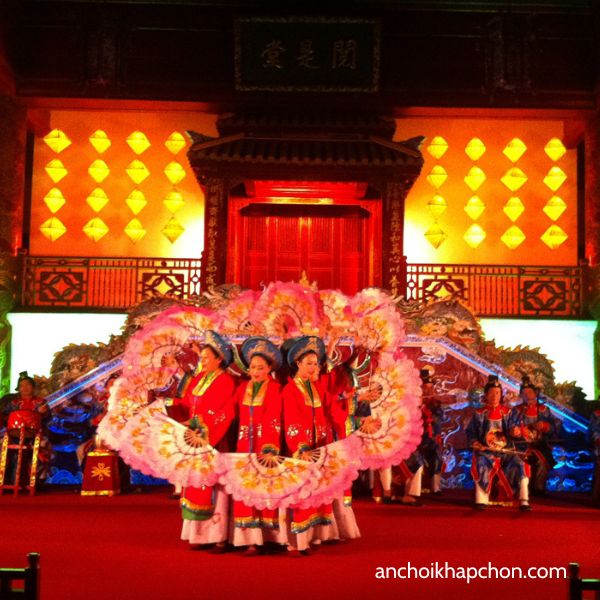 Listening to Hue royal court music, visitors will feel the serenity of the space here, along with the dim light, with melodies like a hint for viewers to drop their souls into the past in their thoughts. The idea of ​​the Nguyen Dynasty, a dynasty that knew how to inherit the tradition of court music of previous dynasties, developed brilliantly and was richer in terms of themes, genres and numbers.

Therefore, traveling to Hue is not only a journey to discover the complex of Nguyen Dynasty relics, about a dreamy city nestled on the famous Huong River, but enjoying the Royal Court Music is also an experience that you should not miss. miss.

Don’t forget to refer to the experience and optimal schedule each day for you, when visiting Thua Thien Hue here: Hue travel experience from A-Z

What to eat when traveling to Hue? Let’s find out the specialties with bold flavors of the ancient capital here: Cuisine delicious dishes to eat in Hue

Thank you for following. If you have any suggestions or need to add. Please leave a comment and vote for this post!